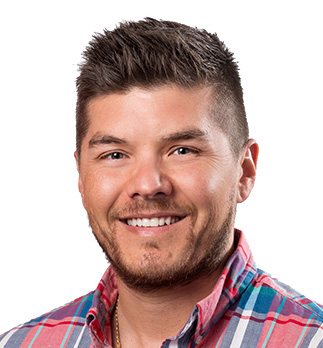 Treasurer / Board of Directors

Jesse Nahmabin was born in La Ronge, Sask. and raised in Southwestern Ontario as a member of the Chippewas of Kettle & Stony Point First Nation. He has a Bachelor of Arts in Sociology from Western University and a certificate in Supply Chain Management from George Brown College, in Human Resources Management from Lambton College and in Business Analysis from Western Continuing Studies.

He has an impressively diverse professional background. Jesse has worked in construction, in banking and in the hospitality industry as well as with Indigenous organizations and First Nation development corporations.

Jesse also has experience in the television and film industry as a professional actor, having appeared in several shows and films including The Ace and the Scout (2020) and Murder in Paradise (2013). His multidisciplinary experience with Indigenous organizations and entertainment have led him to collaborate with APTN, where he hopes to further the conversation around Indigenous productions. He is based out of Toronto, Ont.