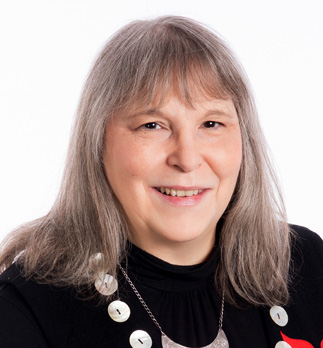 Kim Recalma-Clutesi, Ogwi’low’gwa, is a member of the Qualicum First Nation on eastern Vancouver Island. Kim is the daughter of late Clan Chief Ewanuxdzi of Qualicum B.C. and a former Qualicum Chief herself. Through her father, she received an extensive political background during the Southern Vancouver Island Tribal Federation’s formative years, the R.A.V.E.N, the Union of B.C. Indian Chiefs and the Native Brotherhood. Her decades of work as an award-winning activist, political organizer, cross-cultural interpreter, teacher and academic researcher of ethnobotany collectively illustrate her commitment to strengthening Indigenous stewardship traditions and knowledge.

She is a graduate of the University of Victoria, where she completed a certificate in Administrative Aboriginal Government as part of the faculty of Human and Social Development’s (HSD) School of Public Administration. During her time there, she helped revitalize the Native Student Union, serving as its president. She also served two terms on the Senate of the University of Victoria where she reformed the Indigenous students’ admissions policies, among other accomplishments.

Since 1989, Kim has been a member of the Ninogad Collective, an organization formed by traditionally trained holders of ritual rights and privileges associated with the Kwagiulth people. Driven by her deep love for the sacred and the honouring of our ancestors, Kim comes to APTN’s board of directors, offering a wealth of knowledge on an international level.