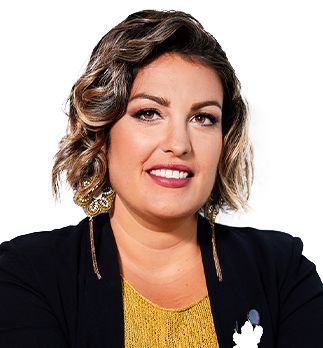 APTN Chair / Board of Directors

Having an Inuk mother and a Francophone father, she was raised with the values of both cultures. After receiving her BA in sociology from the University of Ottawa, Julie went on to complete studies at the École nationale de police du Québec (ENPQ) with a certificate in Indigenous Policing.

Julie is currently working as the director general for Taqramiut Nipingat Incorporated (TNI), a regional radio and television production company that serves the Inuit of Nunavik Northern-Quebec and broadcasts in the Inuktitut language.

She is the TNI representative for Esuma, a regional working group that focuses on school perseverance. In 2015, she was appointed by TNI’s Board of Directors to sit as their representative on APTN’s membership table, where she is presently serving a second three-year term as board member for the northeastern quadrant. She is also the current chairperson for APTN’s Board of Directors. Prior to being named chair, Julie served as the vice-chair for one year and as the secretary for two years.

Beyond her contributions to various boards, she has been beading and sewing since the age of eight, and has taught art to community members.