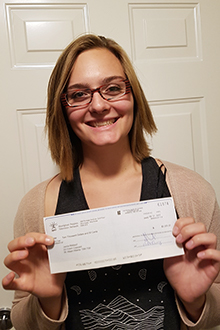 Jamie Malbeuf has roots in southern Ontario and is part of the Raizenne Métis family. She is an intern at CBC North in Yellowknife and is currently finishing her bachelor of communications with a major in journalism at MacEwan University in Edmonton, Alta. Jamie’s passionate about telling stories that matter to Indigenous Peoples and her goal is to become a news anchor.
Her recent political/feminist research on Stephen Harper’s 2015 was published in the Athens Journal of Mass Media and Communications; a noteworthy achievement for this budding journalist.
Jamie says an APTN scholarship will help her focus on studying and developing her skills as a journalist. She will be moving to the Northwest Territories to report on issues affecting the communities there, and working towards becoming a mobile journalist, which will allow her to tell stories that may otherwise be inaccessible to audiences. 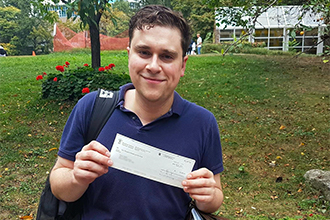 Trevor Green’s mother is from the Cowichan Tribes First Nation off the coast of Vancouver Island, while his father is from Doig River First Nation. Growing up in northern British Columbia with four siblings, Trevor spent a majority of his youth visiting his parents’ communities and other communities in the area. He is in his second year at Ryerson University, where he is studying journalism and public relations, with a focus on starting a career in business reporting.
Whether it be it in the areas of finance or health, Trevor’s passion for Indigenous issues stems from an interest in his heritage.