Katie Ryland is originally from Happy Valley Goose-Bay, Labrador and is a Métis member of NunatuKavut. She is currently finishing up her bachelor of science (honours) in behavioural neuroscience at Memorial University in St. John’s, N.L. Katie is passionate about equal access to healthcare and will be beginning her master of public health in the fall with hopes of working in a setting where she can provide healthcare education and resources to people in remote and rural areas. 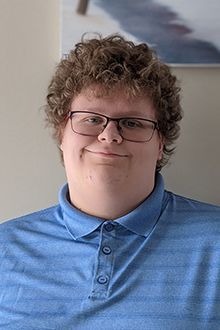 Brandon Arnt is a student who is enthusiastic about computers and technology. His maternal family is Anishinaabe, from Tootinaowaziibeeng Treaty Reserve signatory to Treaty 4. He is currently pursuing a bachelor of science degree in computer science at the University of Victoria in B.C. and hopes to pursue a career in game development. 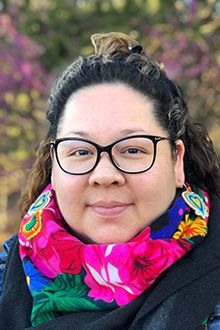 Mary Deleary is Anishinaabe Kwe from Deshkan Ziibiing (Chippewas of the Thames First Nation) in Ontario. She received her MA in tribal governance from the University of Minnesota-Duluth and is a PhD candidate in native art history at the University of Oklahoma. Before attending the University of Oklahoma, she was visiting faculty at the Institute of American Indian Arts and served as coordinator of the Balzer Contemporary Edge Gallery where she curated over a dozen shows for students, faculty, and staff. Her research focus includes Anishinaabe arts of the Great Lakes region and finding traces of material and visual culture that originates from Deshkan Ziibiing. Mary maintains ties to her home First Nation as an elected member of the Deshkan Ziibiing Kinoomaagegamig Board of Education. 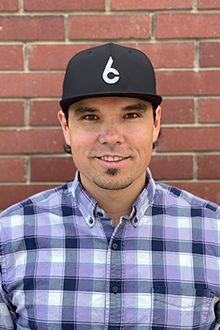 Drew Rose is Plains Cree/Métis from Red Pheasant Cree Nation of Treaty 6 territory in Saskatchewan. He has an amazing family that consists of his wife Charlotte and their two amazing daughters, Mikoh and Kodah. He’s a humble Indigenous guest on Secwepemcúl̓ecw (Shuswap territory) and is presently studying at Thompson Rivers University where he previously received his Associate of Arts Degree and recently got accepted into the bachelor of education program. In pursuing his B.Ed., he believes that his Indigenous experience will also lend itself to further be an asset, one in which students can relate, by feeling supported, valued, and see themselves being inspired to become educators. It is through his Indigenous teachings and pursuit of post-secondary education that he feels an inherent need, like his ancestors, to advocate for the youth and contribute to creating a space that upholds Indigenous rights and access to Indigenous education. 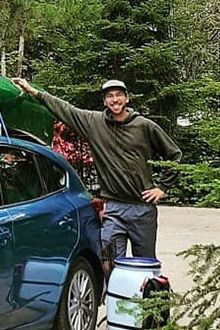 Levi Kingfisher is pursuing an M.Sc. in organic agriculture at Wageningen University in the Netherlands, with a specialization in sustainable food systems. He is interested many forms of innovation in agricultural and food systems, specifically in the potential for Indigenous farming practices to help improve the sustainability and resilience of food systems globally and how these practices are translated into more mainstream systems of sustainable farming, such as regenerative agriculture, agroforestry and agroecology.

Levi’s formative agricultural experiences took place on his home community of Rama First Nation, as well as on the nearby Curve Lake First Nation. From this he developed a passion for environmental issues and for re-thinking the ways in which we relate to our environment, leading him to pursue a double major in environment, sustainability, and society (ESS) and economics at Dalhousie University. Following graduation in 2017, he worked for the Canada World Youth project EQWIP HUBs in Surabaya, Indonesia. The APTN scholarship will help him shift his focus to sustainable food systems and agriculture during his current studies.