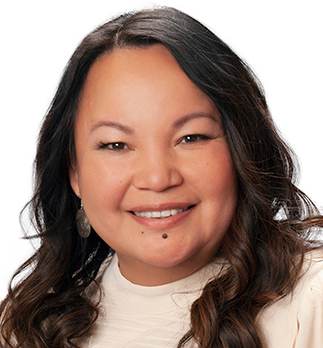 Pearl Yuzicappi is a member of the Standing Buffalo Dakota First Nation and was raised in Fort Qu’Appelle, Sask. She currently resides in Regina, Sask., on Treaty 4 territory. Pearl joins APTN with a combined 25 years of experience working with federal, provincial and First Nations governments.

Pearl presently works as an education governance coordinator at the File Hills Qu’Appelle Tribal Council, an organization in Saskatchewan that provides programs and services to 11 First Nations in Treaty 4. Throughout her career, she has held a variety of roles within the Canadian government in the areas of Funding Services and Lands and Economic Development. Pearl is an entrepreneur and recently launched her own startup consulting business.

Pearl is known for her work in community theatre, film and television. Having worked as an accountant on numerous productions and served on several boards over the last decade, she currently serves on the board for Standing Buffalo First Nation Post-Secondary.