< Back to Executive Management 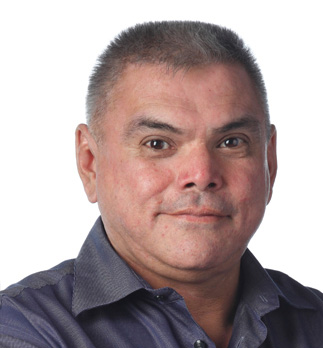 Wayne McKenzie is from the Gitxsan First Nation of Northwest British Columbia. Born and raised in Hazelton, BC. From an early age, Wayne knew that he wanted to work in the television industry.

He graduated from the Media Resources Program at Capilano University in North Vancouver before moving on to Ryerson University in Toronto where Wayne received a Bachelor’s Degree in Television Production in 1986.

He has worked in both the private and public sectors. Prior to beginning his career at the CBC in the late 1980s, he worked with video production and post-production companies in Vancouver and Toronto. He spent 10 years at CBC North television in Yellowknife, where he worked on Indigenous language and Indigenous-focused programming: Denendeh, Focus North, Northbeat and Igalaaq.

Wayne joined APTN in August of 1999 prior to the network’s September 1st launch. He soon moved into the management ranks and assumed the role of Manager of Operations. His dedication and expertise were recognized and he was promoted to his current position as Director of Operations in 2001.

Wayne lives in Winnipeg with his wife Marion and children Katie and Benjamin.