Winnipeg, Manitoba – APTN National News will spend the next several days reporting from Standing Rock, North Dakota, where thousands of Indigenous Peoples are gathering to oppose a controversial oil pipeline.

Indigenous Peoples from across North America are camped in the area in support of efforts by the Standing Rock Sioux to block construction of the Dakota Access Pipeline, a project they claim is jeopardizing the sanctity of sacred tribal lands and putting at risk the safety of the Missouri River.

A federal judge is expected to render a decision today which will either block construction of the pipeline or allow it to continue. There are fears of a possible repeat of the violence that erupted this past weekend when private security guards used tear gas and attack dogs on demonstrators at the pipeline site. North Dakota Governor Jack Dalrymple has already announced he is mobilizing the National Guard.

Cheryl McKenzie, Co-Host of APTN National News nightly broadcast and host and producer of weekly current affairs program In Focus, will be joining APTN’s news team already on the scene, including reporters Dennis Ward and Tamara Pimentel, as well as a crew of camera people and editors.

Follow the story every weeknight and on Sunday evenings. For air times visit aptn.ca/schedule or check your local listings, or catch-up online. 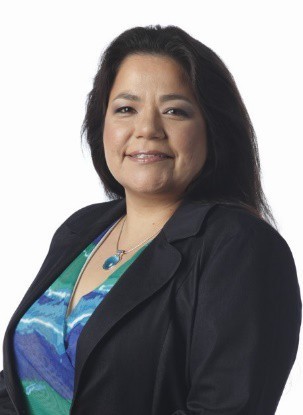 About Cheryl McKenzie:
Cheryl McKenzie is among Canada’s most notable journalists. She began working as a reporter for APTN in June, 2001. In October, 2005 Cheryl became Host/Producer for the launch of APTN National News. Cheryl later moved on to Host/Produce APTN’s original current affairs program, Contact, for two seasons. Today, she co-hosts the nightly broadcast of APTN National News as well as host/producing the much-lauded weekly current affairs program, In Focus. Follow Cheryl @CMc_Kenzie.

ABOUT APTN:
September 1, 2016, marks the 17-year anniversary of the launch of the first national Aboriginal television network in the world with programming by, for and about Aboriginal Peoples to share with all Canadians and viewers around the world. APTN is available in approximately 11 million Canadian households and commercial establishments with cable, direct-to-home satellite, telco-delivered and fixed wireless television service providers. The network launched its high definition channel, APTN HD, in the spring of 2008. APTN does not receive government funding for operations but generates revenue through subscriber fees, advertising sales and strategic partnerships. APTN broadcasts programming with 56% offered in English, 16% in French and 28% in Aboriginal languages. For program schedule or for more information, please contact APTN at (204) 947-9331 or toll-free at 1-888-278-8862 (Canada), or visit the website at www.aptn.ca