Chuck Hughes Speaks about His Culinary Travels in Turtle Island 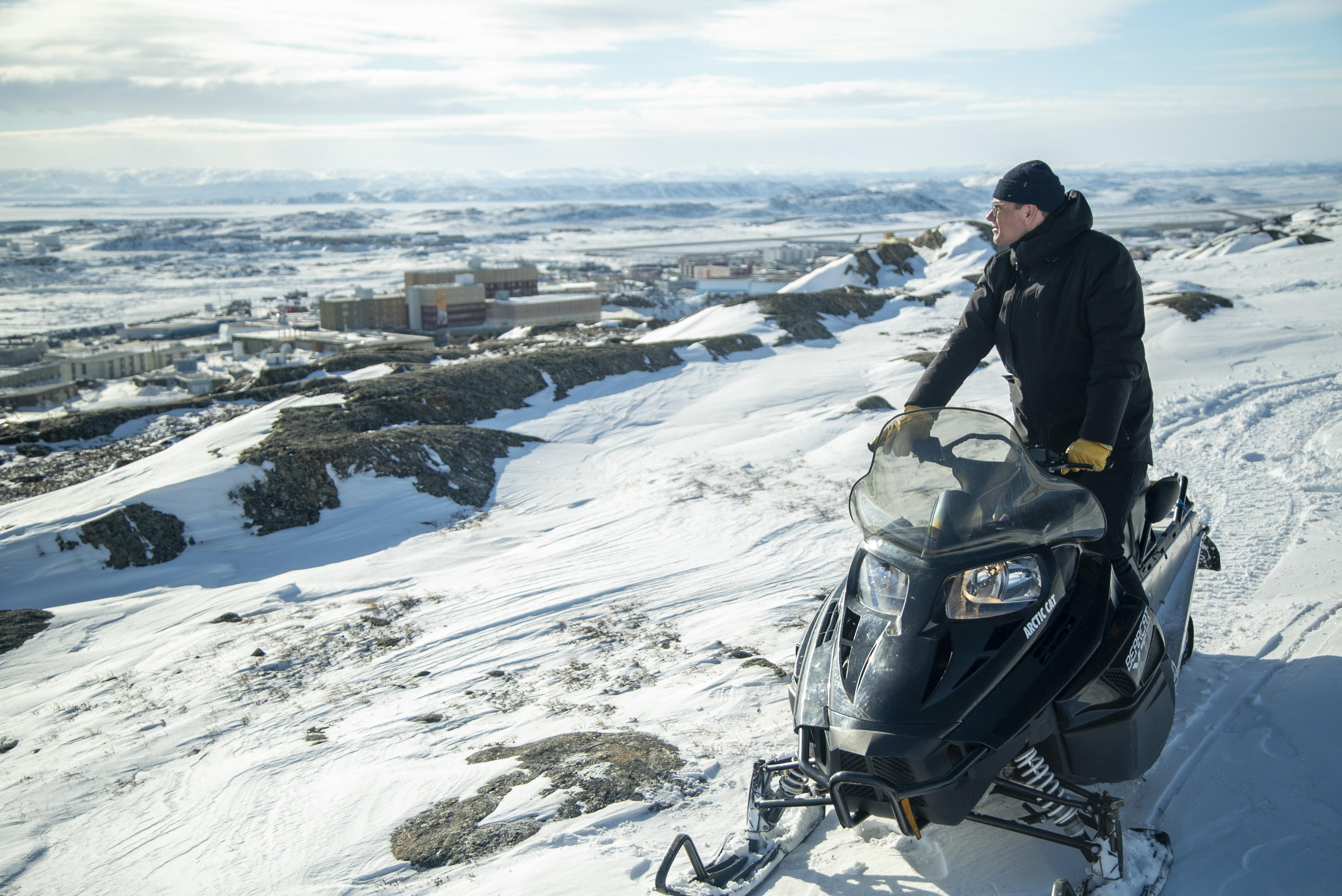 This article was originally published in SAY Magazine on Dec. 19, 2020.

Chuck Hughes is a well-known chef, TV personality and co-owner of top Montreal restaurants. He has embarked on a new adventure with Chuck and the First Peoples’ Kitchen, where he visits Indigenous communities and learns about their culinary arts. APTN sat down with Chuck to chat about his experience creating the show.

APTN: Where did the idea for Chuck and the First Peoples’ Kitchen come from?

Hughes: I had the idea for the series five years ago when I’d just finished a show called Le Monde selon Chuck that brought me to 14 countries. I’d learned about Indigenous influences all over the world but not in Canada. It made me realize that I didn’t know any words in Cree or Anishnaabemowin, even though I speak Spanish, a language from a country that’s so far away. I realized how little I knew of Indigenous Peoples in Canada.

My good friend Cezin Nottaway, who’s in the first episode, often speaks of her traditions and was also a huge influence.

APTN: What do you think of Indigenous cuisine?

Hughes: It’s very honest. I say it often: start with good ingredients, use a simple technique, and you’ll always get delicious results.

Each episode [taught me a new cooking technique]. I’ve transformed a lot of animals, but I’d never skinned a beaver before. I’d never eaten beaver, and we made beaver tails. Not the one that most people know, but a real beaver tail!

I made maple syrup from A to Z. I snowshoed to collect 137 litres of maple sap and boiled it down to two litres. I acquired a whole new respect for ingredients.

APTN: What are some memorable moments of the production?

Hughes: Everybody was so generous, sharing their culture without expecting anything in return. I was very lucky. In our lives today, everything goes fast. It’s all virtual, all online. When you go to a community, you can spend an entire day in the bush with no cell service. That’s when you really connect and share with people, and you realize you’re living great experiences. I’m really looking forward to going back!

APTN: Do you have plans for a second season?

Hughes: We have a second season [in development], but with COVID-19, communities are closed. I’m excited to start the research and see where we’ll go. Many stars of the series have become my good friends. I met Johnny [Flaherty] in Iqaluit (Nunavut), but he’s from Green Fjord in the high Arctic. He hasn’t been back since leaving as a kid. I would like to go there with him.

APTN: In other interviews, you said this experience changed your life. Would you like to elaborate?

Hughes: The show taught me about traditions, yes, but I also saw the current situation, good and bad. Seeing that definitely changed the conversation for me and changes it for others I interact with. I walked into this wanting to learn traditions and visit communities. I didn’t think it would change my life.

Chuck and the First Peoples’ Kitchen is airing on APTN and available for streaming on APTN lumi. Visit aptn.ca/schedule for your regional broadcast times. 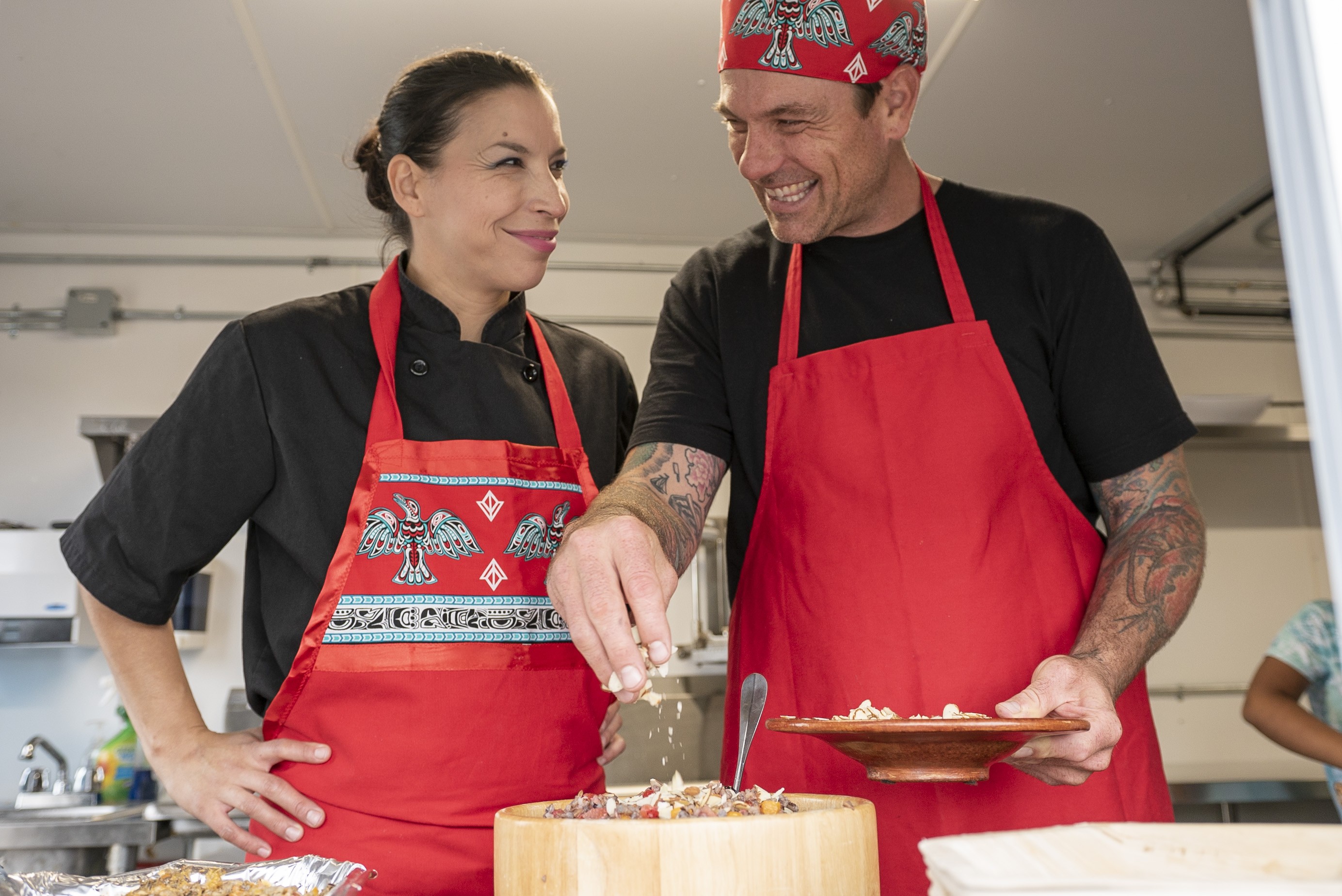 Chuck Hughes and guest in Season 1 episode 11 of Chuck and the First Peoples’ Kitchen.‬‬‬‬‬
2 / 4 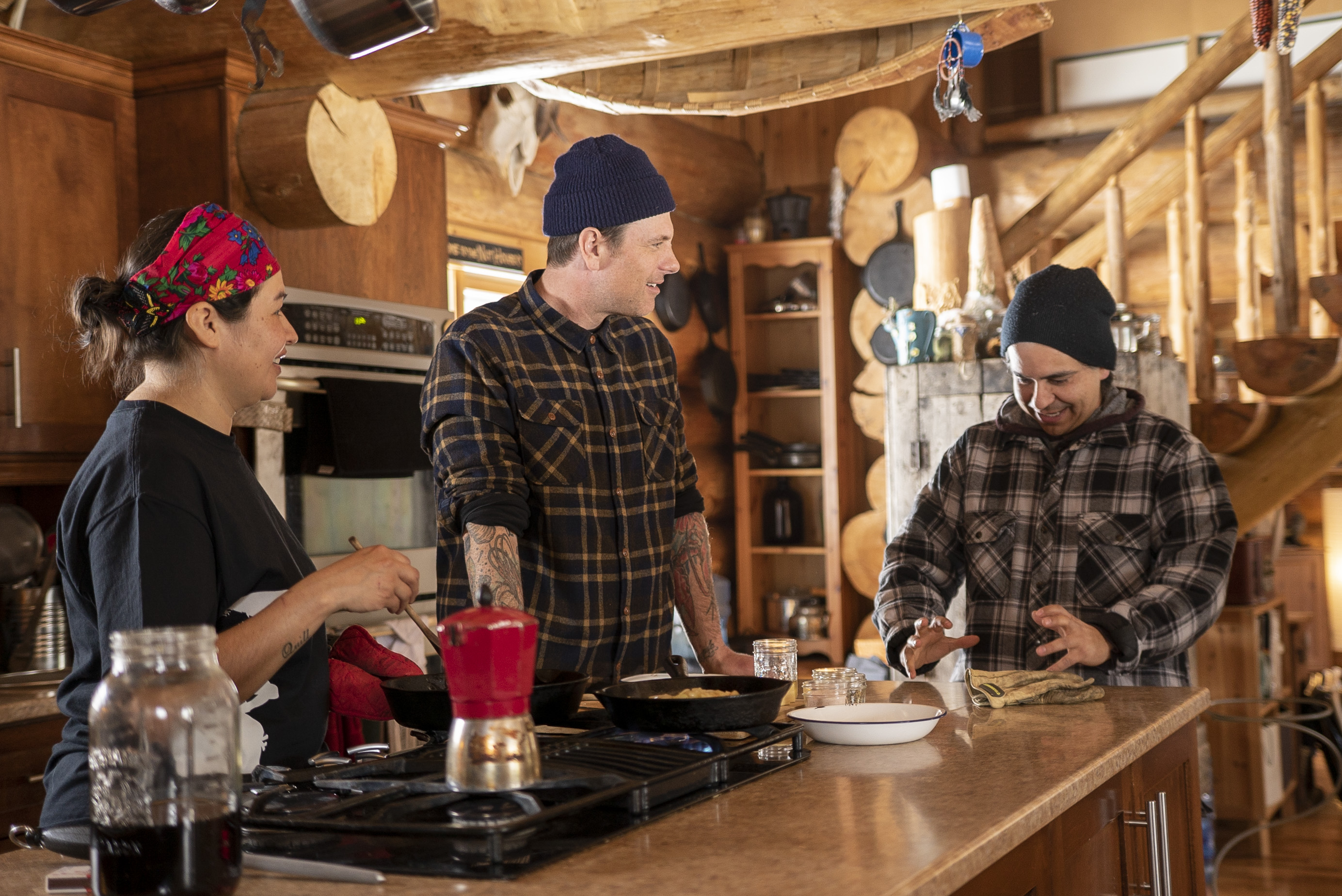 Chuck Hughes and guests in Season 1 episode 1 of Chuck and the First Peoples’ Kitchen.‬‬‬‬‬
3 / 4 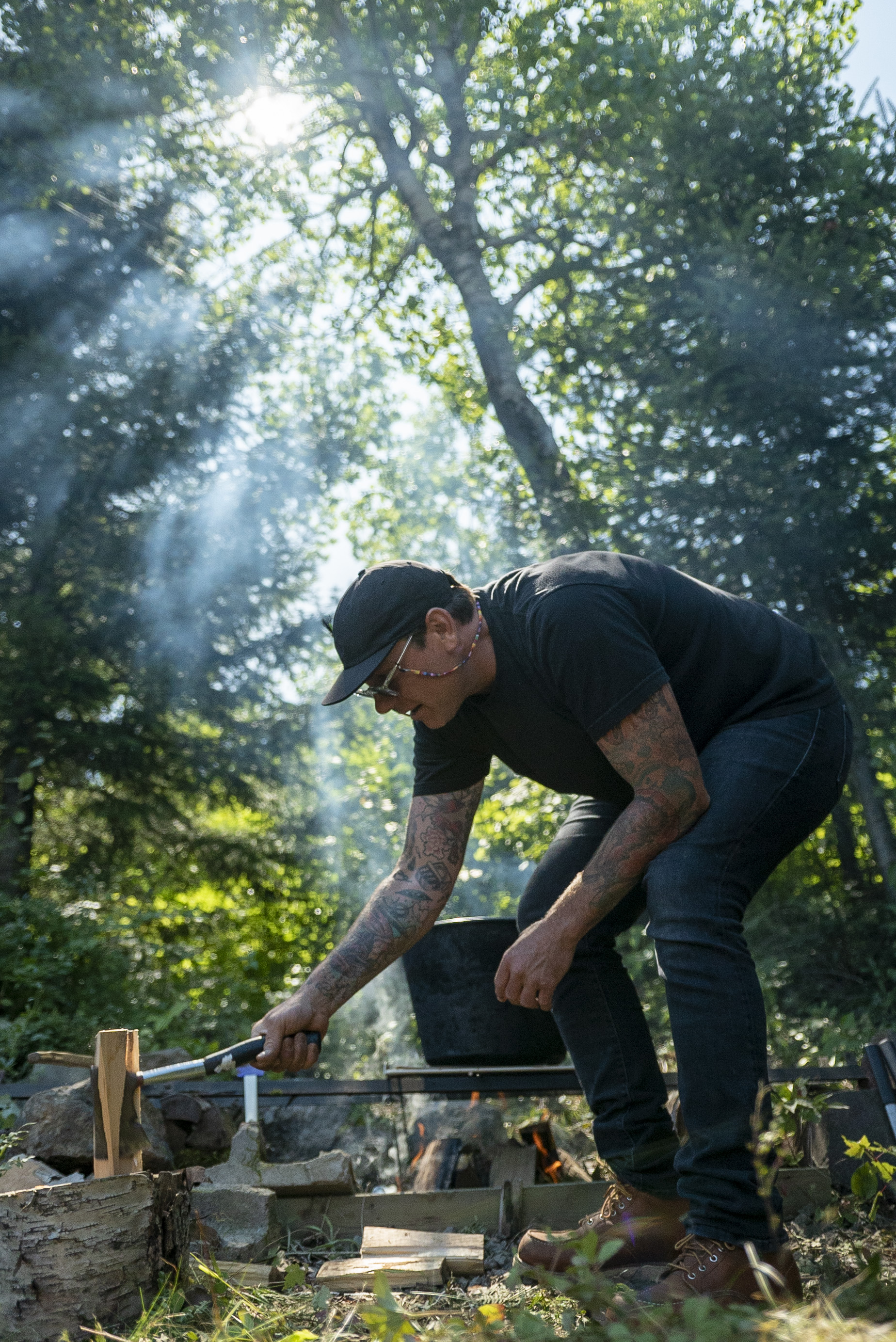 Chuck Hughes in Season 1 episode 8 of Chuck and the First Peoples’ Kitchen.‬‬‬‬‬‬
4 / 4 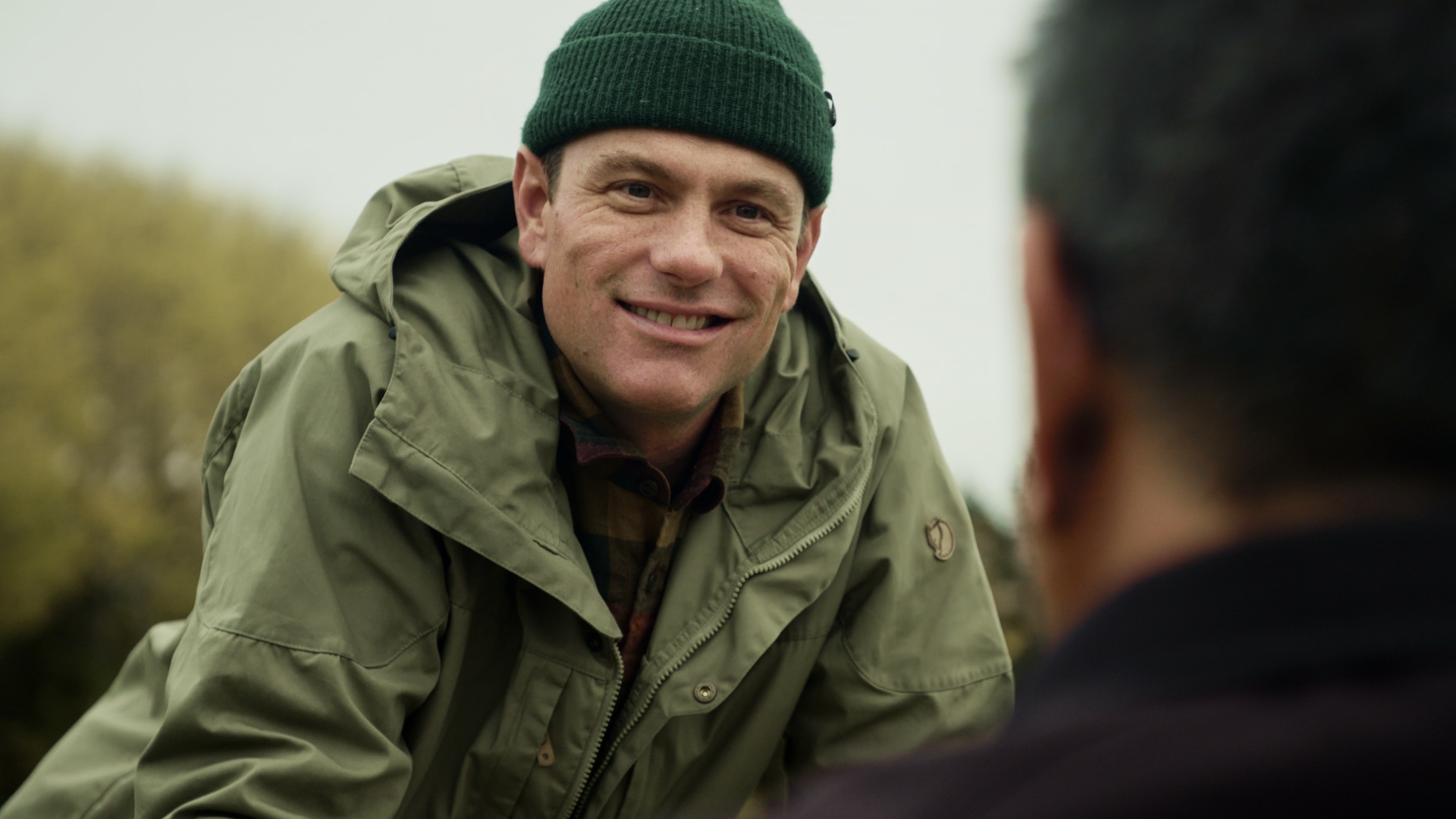 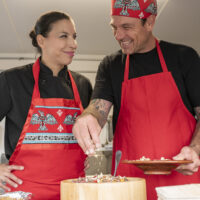 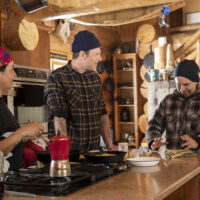 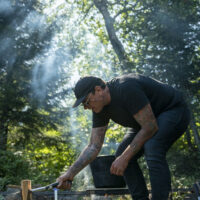 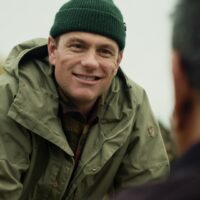