This opinion piece was originally published in The Globe and Mail on Aug. 30, 2020.

Niigaanwewidam James Sinclair is Anishinaabe (St. Peter’s/Little Peguis) and an associate professor at the University of Manitoba. He is an award-winning writer, editor and activist who was named one of Canada’s Top 20 Most Influential People by Monocle Magazine. He won the 2018 Canadian columnist of the year at the National Newspaper Awards for his bi-weekly columns in The Winnipeg Free Press.

In the midst of the COVID-19 pandemic – when nervous Canadians were desperately looking for news sources to help them be informed about the sickness – many tuned in to the Aboriginal Peoples Television Network (APTN).

APTN National News, which has enjoyed an online viewership bump of 28 per cent during the pandemic, is the primary – and often the only – media outlet covering Indigenous experiences in Canada. The effect of the pandemic on our communities has been a crucial story: Indigenous communities are more susceptible to the spread of the virus due to poor infrastructure, overcrowded housing, and immune systems compromised by poverty, and APTN has been there with reporters, filmmakers, and storytellers across Indigenous territories.

Like all Indigenous stories, though, it’s not just about telling them; it’s about understanding how to tell them, and what they mean.

For example, it’s evident that the pandemic has laid bare Canada’s century and a half of genocide – its biggest secret. Secrets are exposed by truth, and truth can only be told by those most affected by the secret. This is why, among many reasons, Canada’s “other” national broadcaster is so important.

APTN started with a radical idea: that Indigenous peoples must tell their own stories, to empower us to design our own ways of articulating who we are, why we are here, and where we are going if we are to truly self-determine.

Indigenous writers and actors had occasionally done this on radio programs and television specials, but the idea of a 24-hour network designed, run by, and delivered by Indigenous peoples seemed impossible.

Nevertheless, in the midst of land struggles at Oka and Elijah Harper’s infamous “no” to the Meech Lake Accord, a group of grassroots media activists began to build interest in a network with the Canadian Radio-television and Telecommunications Commission.

In 1991, they succeeded, and Television Northern Canada (TVNC) was birthed by a nationwide volunteer board of directors. TVNC would be renamed APTN on Sept. 1, 1999, launching into nine million households over two channels (APTN North and APTN South) with a weekly and, later, daily news program. 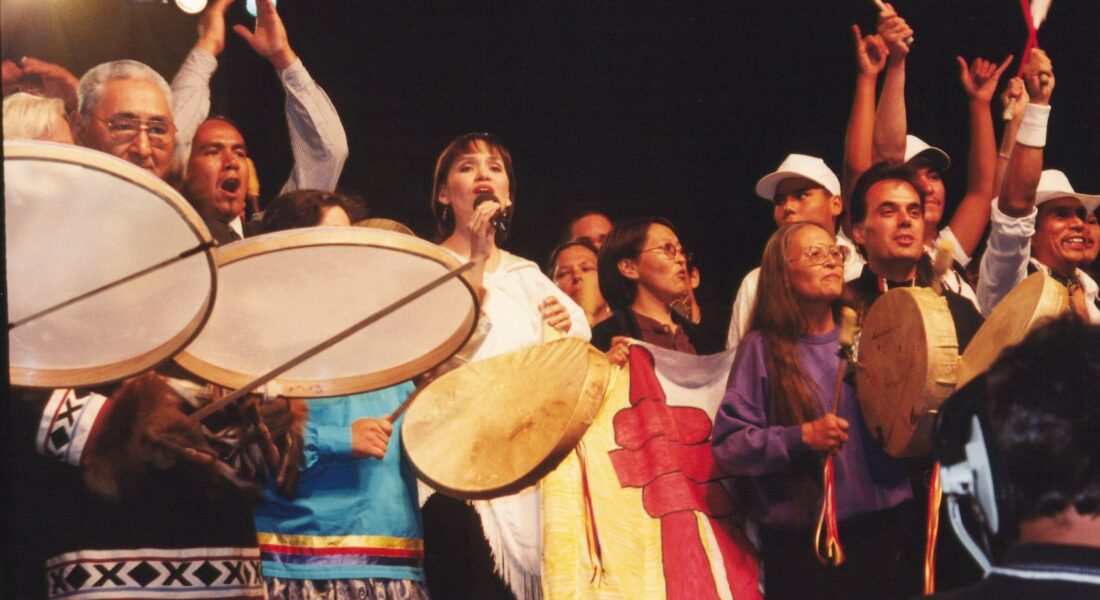 Over the years, APTN has developed home-grown documentaries, shows, episodic programs, a website, and an on-demand streaming service, as well as its flagship program: APTN National News, one of the most important media services in the country.

It’s one of the only places Indigenous languages can be heard in media, with nearly 30 per cent of APTN programming in Inuktitut, Cree, Innu, Ojibway, Dakota, Halkomelem, Maliseet, Mi’kmaq, Northern Tutchone, Oji-Cree and Mohawk.

Writers, reporters, and producers have won national awards – including many from the Canadian Association of Journalists. The organization consistently appears in the list of Canada’s Top 100 Employers.

But APTN is more than just a network; it’s a national institution. The network has fostered a critical mass of Indigenous journalists who have spread throughout the country. It’s become a hub for Indigenous writers who are taking television production in new directions. Its programming connects remote communities and provides a much-needed service for elders to preserve traditional knowledge and youth to hope for the future.

APTN has become one of the most important spaces in this country for conversations, debates, and imagining Indigenous life while creating a different Canada than the one we have inherited. 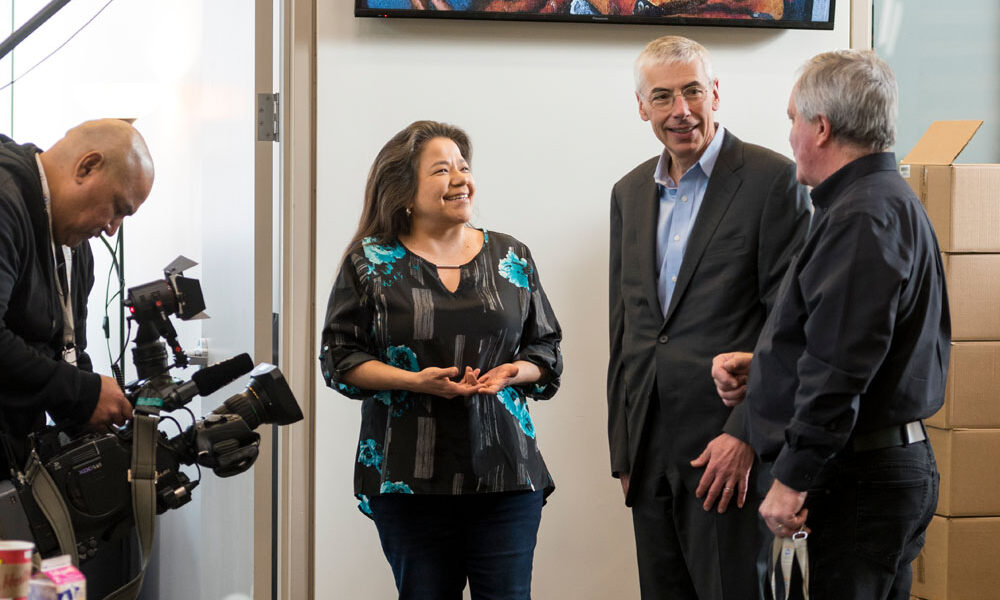 Evidence of its national importance came in 2015 when APTN was called upon by the Truth and Reconciliation Commission to take a lead role in reconciliation and help Canada by providing “leadership in programming and organizational culture that reflects the diverse cultures, languages, and perspectives of Aboriginal peoples.” APTN has taken this role seriously, expanding into markets, creating partnerships, and broadcasting stories never seen before.

For example, APTN partnered with Sportsnet in 2018 to broadcast Hockey Night in Canada in Plains Cree – a first for an Indigenous language. This partnership was so successful the project was renewed, with plans to produce six games a year over the next three seasons. 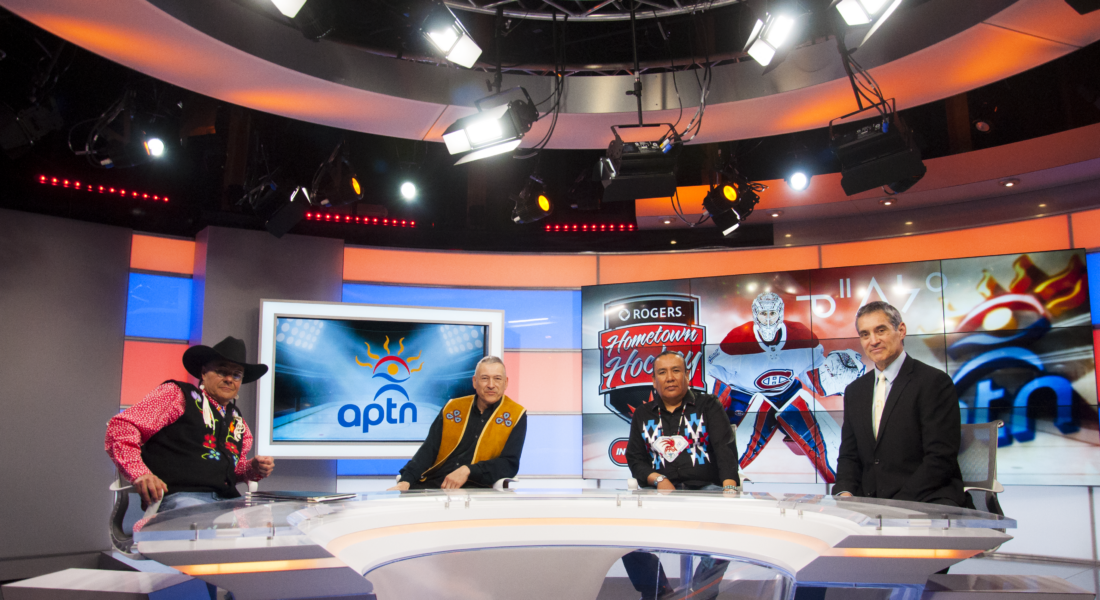 APTN is the only place that provides full coverage of Assembly of First Nations elections, political events such as protest camps at Standing Rock, N.D., and the Indspire Awards.

The network’s most popular annual event is Indigenous Day Live, which attracts more than a million viewers and is staged across multiple cities in Indigenous communities across Canada.

It’s been a long 30 years. But the journey has just begun.