ULURU, Au. — The World Indigenous Television Broadcasters Network has held a successful meeting in Uluru, Australia, and confirmed its strategic priorities for 2023.

WITBN was in Uluru to mark the 10th anniversary of NITV delivering free-to-air television in Australia.

“We congratulate NITV on reaching this significant and momentous milestone. They have changed the media landscape in Australia by telling stories by, for and about Indigenous and First Nations Peoples,” said Shane Taurima.

Senior news and content executives from the WITBN networks will continue to work together over the next few months with the aim of bringing new Indigenous content to audiences in 2023.

“This is the beginning of a concerted effort to amplify Indigenous voices and perspectives across the globe,” said Mr. Taurima.

WITBN also extends an invitation to other Indigenous broadcasters to join the network.

“WITBN is open to Indigenous media broadcasters that promote Indigenous storytelling through Indigenous languages, cultures and stories. There is so much to be gained by being part of our alliance. We share content and knowledge, and we present a united and strong Indigenous media voice,” said Shane Taurima.

Mr. Taurima has been confirmed as the permanent Chair of WITBN. His term will end in April 2024. 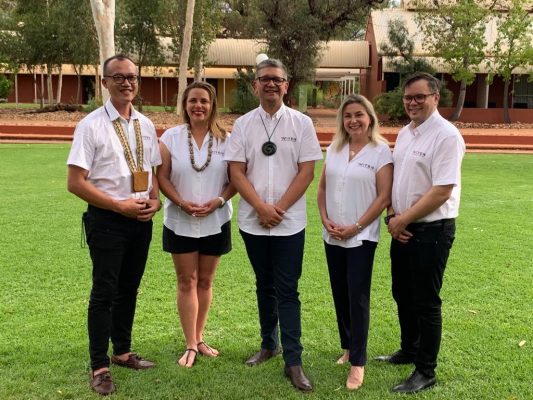 The aim of WITBN is to unify television broadcasters worldwide to retain and grow Indigenous languages and culture.