“Shadow of the Rougarou”: a haunting Métis tale 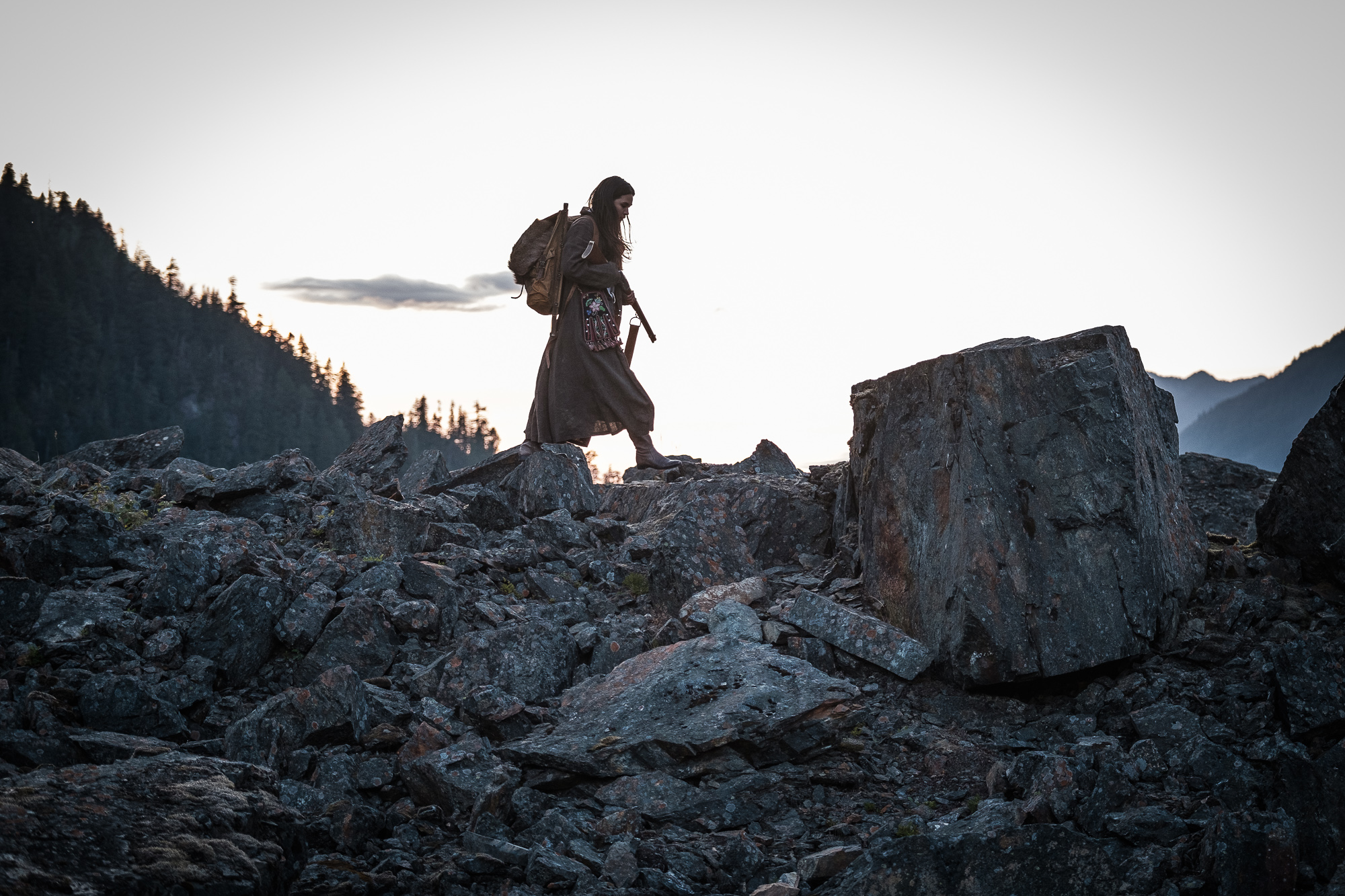 sâkowêw, played by Morgan Holmstrom, in "Shadow of the Rougarou"

A young 19th-century fur trader named sâkowêw (Cree for “s/he shouts out a war whoop”) comes across a bloody doll while travelling alone through the woods. She picks it up, only to be thrown into a vivid childhood flashback of the terrifying experiences she ran away from. In order to heal from her lingering wounds, she must revisit whatever caused them, no matter how much it haunts her. This is where our tale, Shadow of the Rougarou, begins. The riveting six-part web series, aptly dubbed an “Indigenous horror” and “dark western,” will premiere on APTN lumi on May 9, 2022.

Shadow of the Rougarou is the second APTN lumi original series to be released and it features dialogue in English as well as in three Indigenous languages: Michif, Cree and Chinook Wawa (also known as Chinook Jargon). APTN is grateful to the Knowledge Keepers who made this series a reality and we are honoured to feature programming that showcases the beauty of Indigenous languages.

Directed by emerging filmmaker Jordan Waunch, Shadow of the Rougarou combines modern storytelling, historical realities and Métis mythology to create a small show that packs a big punch. Waunch is a Vancouver-based Métis voice actor, performing artist, producer and content creator who graduated from BCIT’s Television & Video Production Program and Capilano University’s Acting for the Stage and Screen Program. In 2019, he directed Sisters of Sorrow, a short film about a female biker gang harnessing their superpowers to pursue an elusive and deadly target. Shadow of the Rougarou, his latest project, explores the Métis legend of the Rougarou.

The Rougarou, known by many as a werewolf-like beast who haunts the roads and woods of Métis communities, has also served as a cautionary tale for young Indigenous children across Turtle Island. Stories of the Rougarou warned children not to venture too far from home, or else they risked disappearing into the wilderness. Yet, interpretations of the Rougarou vary from community to community. What does the Rougarou look like? Does it travel alone or in a pack? Can it shapeshift? How does it come to be? Although there are no right or wrong answers, Shadow of the Rougarou portrays the Rougarou in a way that will resonate with many and leave viewers with a sense of both unease and curiosity.

The Indigenous horror genre is on the rise in literature, television and film. We’re thrilled to be part of that shift and to bring this eerie story to the screen. Below is a list of the latest and greatest Indigenous thrillers for fans of Shadow of the Rougarou:

To find out more about Shadow of the Rougarou, please visit APTN’s Media Centre!